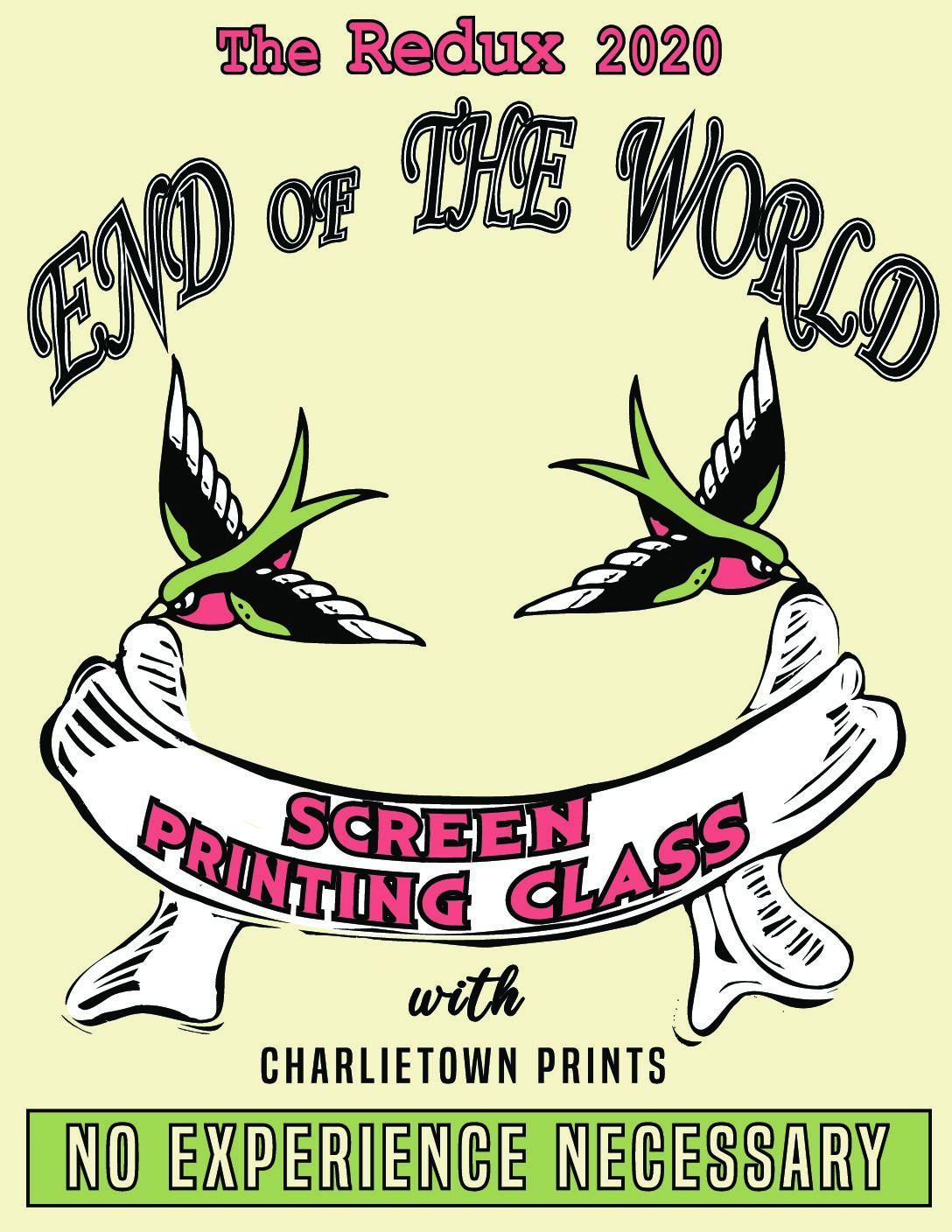 Cost: $400 for Members / $480 for NonMembers
*Member Discount applied upon sign-in at registration. Not a member? JOIN NOW!

When I first dove into screen printing back in 2010 it was because throughout my life the artwork that was most appealing to me was the art associated with music. I would buy the same albums multiple times if I lost them, sometimes because of the music (don’t forget this was the cassette/CD era) but most of the albums I bought more than twice had a large part to do with the album art. The posters throughout the history
of touring bands has evolved and though the imagery may have nothing to do with the music, the freedom of the artist to create whatever design they wanted set the stage for endless creativity.

After years of batting off the compliments of my close friends and family, I finally transformed my hobby into a profession once I felt comfortable knowing the subtleties of screen printing by hand. In this four week class, we will meet for three hour sessions once a week and I will introduce the art of screen printing as well as the tricks of the trade that I’ve learned from years of practice. At the end of this four week class,
students will leave with a two color hand pulled screen print of whatever design they would like to create. Certainly, the skills to create a simple gig poster to staple to a telephone pole will be learned and by the end of class each student will leave knowing exactly how close they are to perfecting the precision it takes to mass produce gallery worthy screen prints… but wait… there’s more…

If you’ll learn how to print on paper, then why not learn how to print our own shirts while we’re at it?! When I started Charlietown Prints, it was to create unique, and often hyper local shirts that would appeal to the citizens of Charleston. I must admit though, there was always a lingering thought in the back of my mind; “man, I definitely want to be sure I look really cool in my own hand made t-shirt if I’m around when the
world ends.” Is that vain? Perhaps it is. Is that shallow? Most definitely. Is it a good idea? Hell yeah it is!! Before diving into making multi-color prints on paper, each student will first learn the ropes by creating their own single color print on t-shirts. Five shirts per student will be included in the class fee, but students may also bring up to ten extra shirts from home if they would like to print more.

This is one of my favorite classes to teach, not only for the joy of instant gratification involved in creating multiple prints in a more efficient way but also to be able to show the effort it takes to finally get to that finished product which is often overlooked due to automated mass production by factory printers. Every one of your shirts and posters will have subtle differences that can only arise through the human touch. I look forward
to going through the process with y’all side by side!