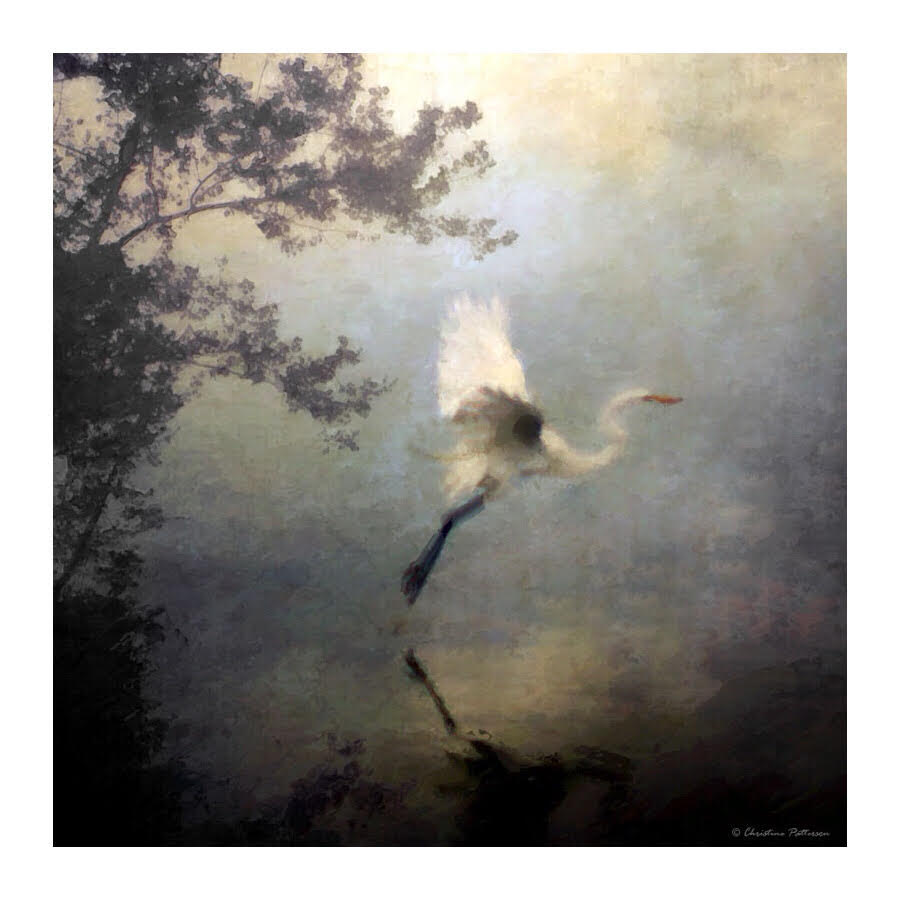 I am a storyteller. As an observer of life, I am captivated by moments that make me pause and discern why. It is in these moments that I am driven to create a narrative to reveal unspoken words.

Through the eye of a camera, I find ordinary moments extraordinary. From trees enveloped in fog, to a bird lifting off for flight, these captured moments reveal a story. By incorporating layers of imagery on top of the captured subject, I find myself partaking in a psychological dig to see how far I can push the image to hint at mystery and secrets beneath what is apparently real.

In painting, the same concept is applied but this time, layers upon layers of mark-making and paint are cast onto each surface. I begin each piece not knowing what the story is at first. Instead, I rely on my memory of scenes and conversations. By applying these layers of paint and mixed media to the pieces, I bring the story to life.

In both my photography and painting, layering has been a constant thread in my work. With each story comes continual discovery which has allowed me to dig deeper, keeping me engaged as a storyteller.

Christine Patterson was born in Knoxville, Tennessee, and has been a fine art photographer for over twenty-five years. Her days in the darkroom were heavily influenced by a transformative two weeks spent learning under the photographer, Jerry Uelsmann. Christine’s work can be found in public and private collections throughout the United States and Europe.

Patterson has had two books published, one of which led to her role as the Tennessee Bicentennial Photographer in 1996. Her time with the Bicentennial kicked off at the Tennessee State Museum, where she had a sixty-piece, solo exhibition. Since then, she has been in numerous magazines, gallery exhibitions, luxury resorts, forums, featured articles, and television networks.

The introduction of the digital era allowed Patterson to start layering her work digitally and then applying the images onto a variety of surfaces. For the past several years, she has introduced paintings and collages into her work which allows her to dive deeper into self-expression.

When she moved to Mount Pleasant, SC in 2017, she was featured two years later in a two-woman show at The Grand Bohemian Gallery in Charleston.

First, a photographer and now a painter, Christine has begun combining her collective experience as she teaches her craft to audiences in-person and virtually.

She is thrilled to be located in such a bustling art community and looks forward to continued education and exploration of the arts.