Heather Freeman has been interested in science since she was a child. Her interested lead her to studies in the language and symbolic forms of science and where these intersected with mythic, religious and popular iconography. Freeman believed science had merged with popular culture to become a covertly “universal” religion.  This, she explained, is the unacknowledged religion of the “truth” we seek out on television, in the movies, in comic books and video games. She was particularly interested in the ways we import these very public and secular languages and symbols into the very private languages of family, friendships and spirituality. The work in the exhibition at Redux expressed these “Truths”, myths, superstitions and expectations of the past to see where reality may lie — but also to point out and accentuate its occasional absurdity. Freeman attempted to postulate, explore, and divulge these ideas, thereby forming, simultaneously, her own applied mythologies and her own private science.

Heather Freeman received her undergraduate degree in Fine Arts and German Studies from Oberlin College in 1993. In the Fall of 1998, she entered the MFA program at the Mason Gross School of the Arts of Rutgers University at New Brunswick, New Jersey concentrating in installation art. While exploring the relationship between the history of science and metaphysics, Freeman’s medium of choice became single channel video and digital print. After a brief flirtation with advertising, Freeman taught art at Allegheny College in Meadville, Pennsylvania. She continued her research in computer art and video at the University of Kentucky where she was an Assistant Professor of New Media in the College of Fine Arts. Her work is exhibited regionally and nationally and has appeared internationally in Cuba, Hungary, Germany, Sweden and Canada. 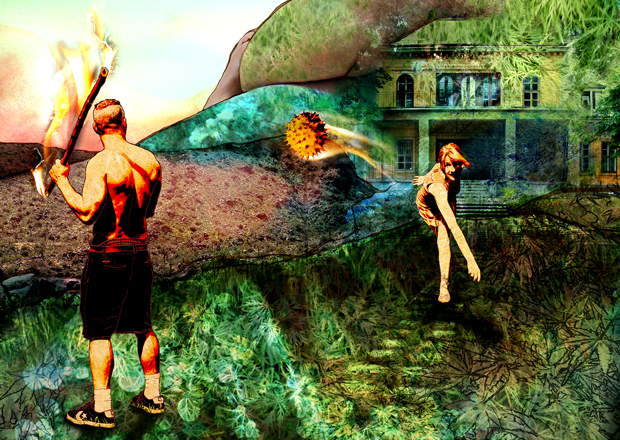