Boris Shpeizman was born and raised in St. Petersburg (aka Leningrad), USSR. At the age of 17, he began attending Dentistry School. As a student, he became an activist in a movement for human rights and democracy in the USSR. Because of his activism, he was at risk of arrest and used the first possible opportunity to immigrate to Israel.
After few “quiet” years of working as a Dentist he started to paint and then to sculpt. In 2005 Boris got a BFA from Bezalel Academy of Art, in the department of Ceramic and Glass Design. Subsequently he closed his Dental Clinic to devote all his energy to Glass Blowing.
During his relatively short career as a Glass Artist he was awarded International prestigious scholarships and awards. His works were exhibited in galleries and museums in Israel, the United States and the United Kingdom. Currently Boris is working as a Lecturer at Bezalel Academy of Art and in his Glass Studio in Tel Aviv, Israel.

Malena Bergmann: Is it possible to move beyond the fear of obsolescence? Is the fear of it as important as the guaranteed fact of it? I wonder. John Baldessari once said that “the purpose of art is to lay bare the questions which have been hidden by the answers”. What are the necessary questions, then, for contemporary makers of meaning to ask when even ‘art’ itself can include the “possibility of terminality”? Inspired by these questions, I am working on an ongoing series called Gift and Baggage of Body, organized around the medieval Christian Book of Hours. The devout would recite prayers from this book during a specific hourly cycle each day. Matins, the earliest of these hours, is the literal starting point for the perpetual consecration of time through ritualized behavior, but it is also a useful metaphor. It is a marker for renewed awareness, a promise of possibility, an assurance that the present moment has an indelible link to the past. It takes ‘now’ and connects it to then’. Conceptually, all of my work references my interest in time and its literal or metaphorical impact on the body and the mind it contains. 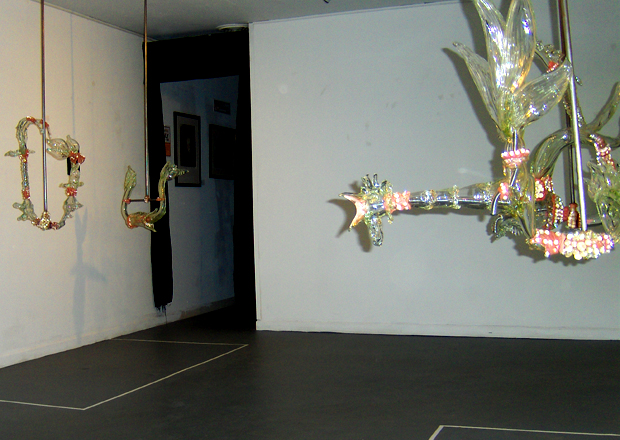