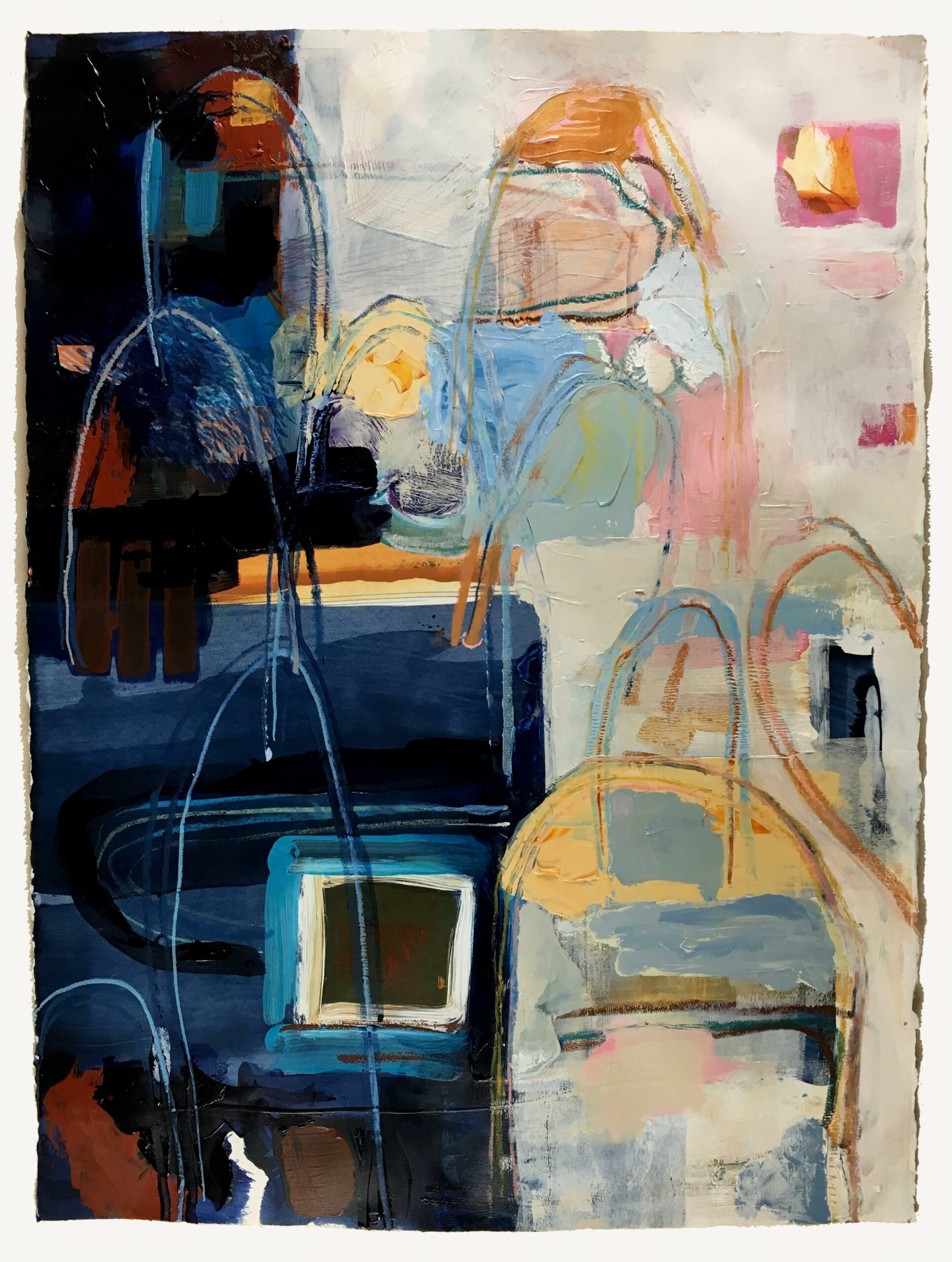 Shannon Mayo McBride is a nonobjective painter, who spent the majority of her life in the Portland, Oregon area and is now based in Charleston, South Carolina.

After receiving her B.S. in Arts Education from the University of Oregon, she got her first teaching job, working with kinder – 8th grade students, in arts education, at Riverdale Grade School. Shortly thereafter McBride earned her Masters in Arts Education, at Lewis & Clark College. She worked at Lakeridge High School as the Painting and Drawing, arts educator, for 19 years. While much of her energy over the last 27 years, was spent making young creatives as a high school art teacher and raising her own two children, in this next season of life she is now claiming her own space as a practicing artist.

Having dabbled in various media throughout her career, she has recently returned to her painting roots. Her mixed media paintings rely heavily on compositional elements, a formalist at heart; color, line, shape and texture play a dominate role in her work. The context of the work, including the reason for its existence, the background, and the life of the artist, that is, its conceptual aspect she considers to be of secondary importance.