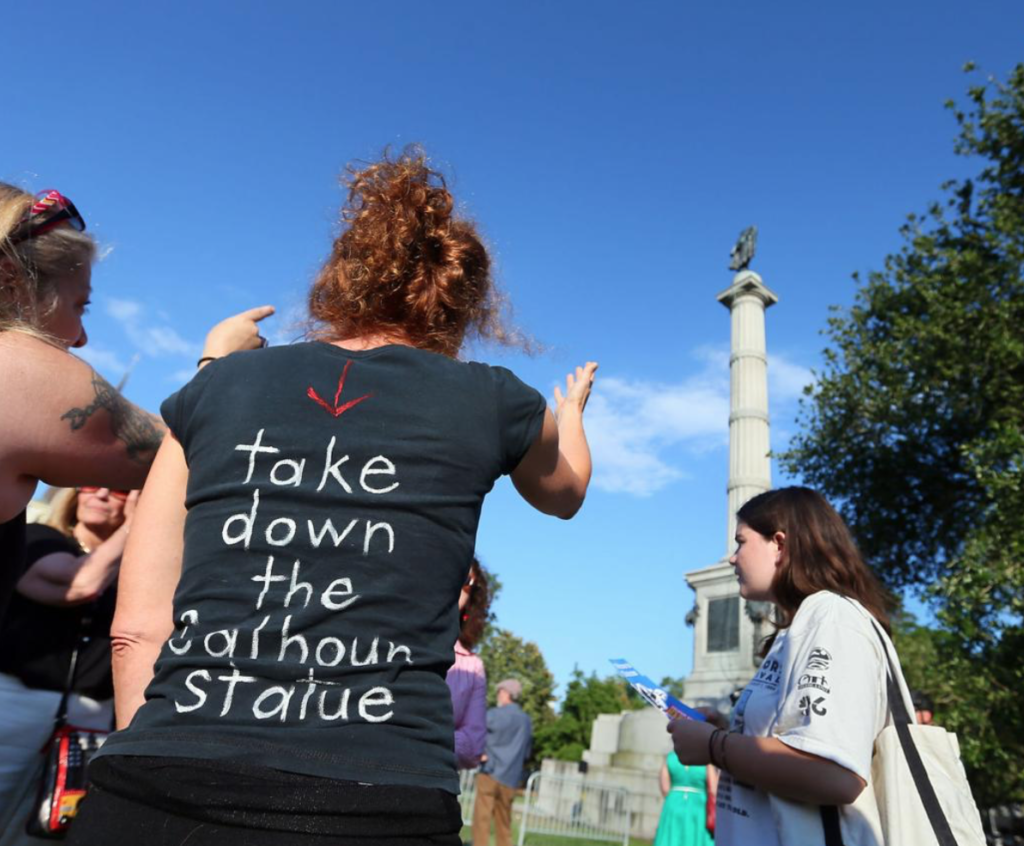 Calling for the removal of the controversial John C. Calhoun monument in Marion Square, Charleston area activists gathered at its base Thursday night to sing and speak of ongoing racial disparity.

The event attracted more than 100 people and was part of a national movement to bring down Confederate-related monuments.

The organizer behind The Make It Right Campaign said those who gathered shouldn’t be seen as protesters.

“We did not come here to be combative or instigate, we came here to elevate these beautiful voices of Charlestonians that have often been ignored and talk about the history of resilience and the actively suppressed,” campaign director Kali Holloway said. “We are assembling peacefully. It’s art activism, and it allows like-minded artists to talk about the impact of growing up and living in the shadow of the monument.”