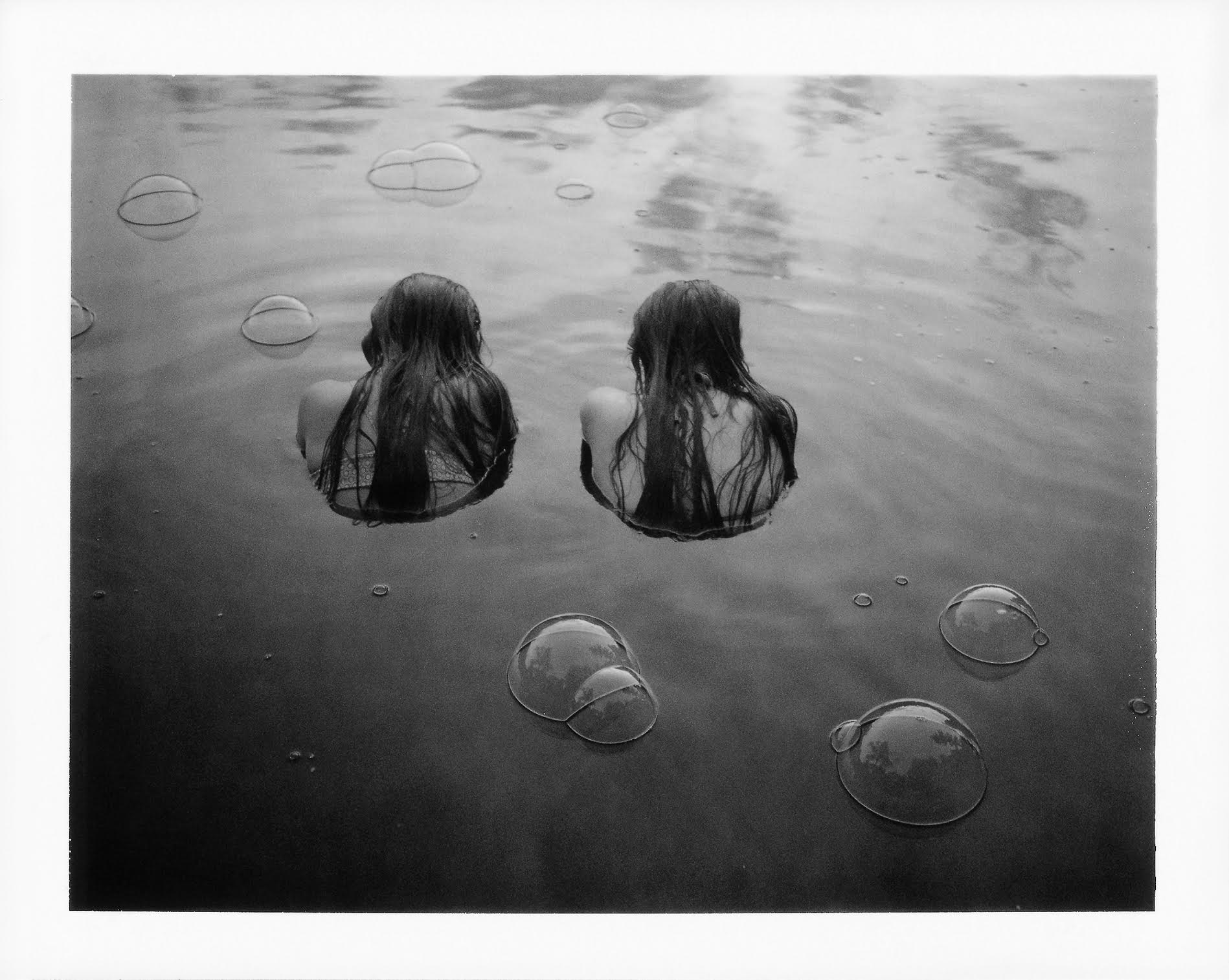 Jen Ervin : The ARC “Soft milky light seeps through trees, bubbles roll across ponds, and children immerse themselves in the nature surrounding them. The world presented in Jen

Jen Ervin’s recent work, The Arc, bridges polaroid with experimental filmmaking to create a rhythmic exploration of place. Her project was born out of time spent with her family at their historic family cabin set deep in the woods of South Carolina, and continued over a period of six years, 2012-2018. Ark Lodge, their cabin of refuge, is a place where time stands still. While their ancestors built the cabin itself over 70 years ago, it rests between two black rivers in a secluded landscape that has managed to escape modernization for centuries.

Atmospheric and poetic, Ervin’s work reveals a private world rich in symbolism, history and mysticism. With their imperfections and changeability, her polaroids evoke a vulnerability relatable both to the human condition and the evolution of memory. Ervin’s films offer an extension of the experience to the viewer, drawing in on universal archetypes and the fluid, transient nature of life.

Jen Ervin  (b.1971, New Jersey) is a painter, graphic designer and photographer. She became interested in photography during her graduate studies at Boston University (MFA, Graphic Design, 2002) under the tutelage of Alston Purvis, a mentee of Walker Evans. She was a Redux Studio Artist from 2011 – 2013. Her work has been shown in both solo and group shows at galleries and museums across the country including the Ogden Museum of Southern Art, The Redux Contemporary Art Center, The Center for Fine Art Photography. She was a Critical Mass Finalist in 2016 and a Critical Mass TOP 50 Finalist 2018. Ervin’s work has been featured on numerous international publications including TIME Lightbox , Feature Shoot , Lenscratch , Ain’t–Bad, Fotopolis, Grain de Photographe, and Don’t Take Pictures . Ervin’s first book, The Arc, was published by Ain’t–Bad in March of 2019. Ervin is the curator of Redux’s current photography exhibition, “The Arc | Illumination, Ritual, Reflection”. She currently resides in Charleston, South Carolina with her husband, Francis, and their three daughters.