Redux Contemporary Art Center is thrilled to present Charleston Arts Festival’s exhibition Above the Radar a group exhibition featuring the work of 16 local artists, whose careers were launched with Charleston magazine’s Under the Radar art competitions in 2006 and 2011.

Acting as the opener of its landmark fourth season, from October 4 through November 2, 2019, the Charleston Arts Festival, in collaboration with Charleston magazine, is proudly partnering for a second time with Redux Contemporary Art Center in mounting the exhibition Above the Radar as the signature visual arts offering of CAF’s 2019 season.

Above the Radar has been conceived to be a revisiting of the creativity of the notable local artists who were selected for inclusion in Charleston magazine’s 2006 and 2011 “Under the Radar” print features and The City Gallery at Waterfront Park exhibitions. Sixteen of the original participating artists will be including their work in Above the Radar, further demonstrating the breadth of growth in their careers since the presentation of their work at the City Gallery. 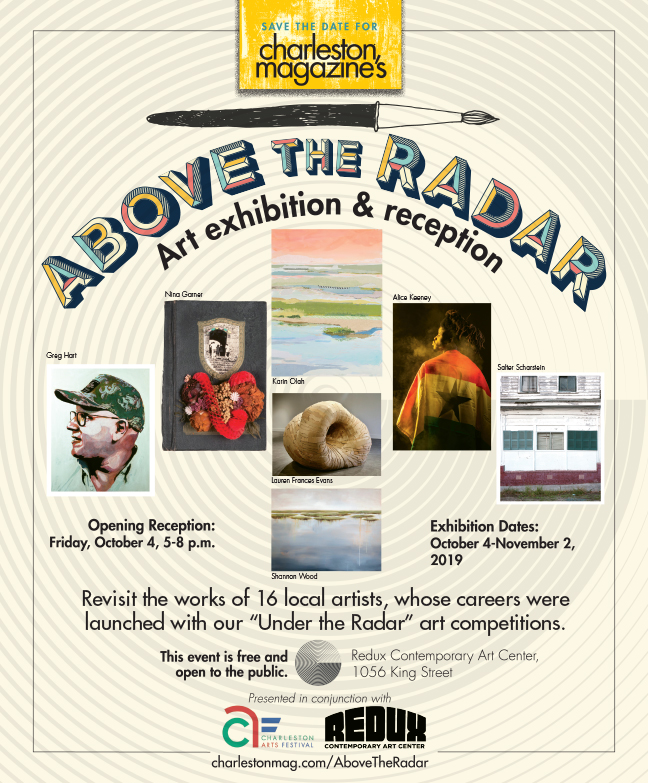